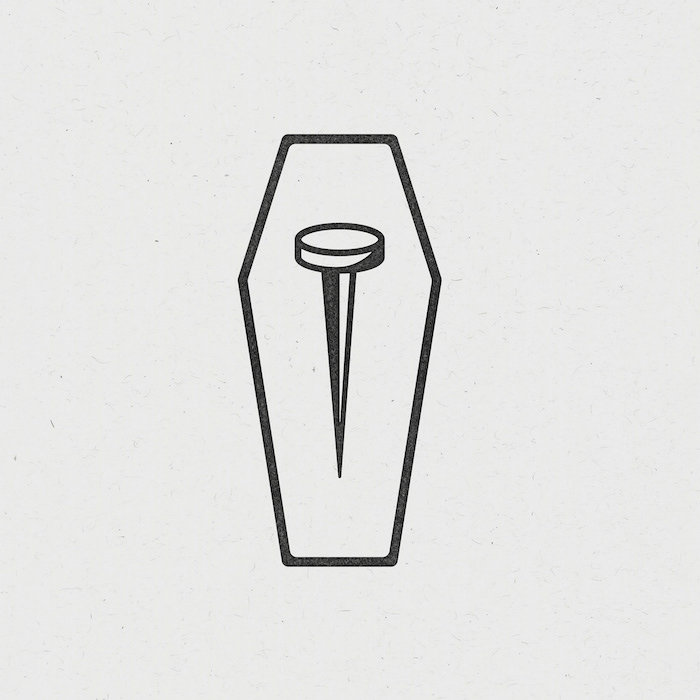 Your dad is dying. You’ve known it for months but the nurse is serious tonight when she calls and asks you to come sit with him in his narrow room at the veterans’ home. He’s in the later stages of congestive heart failure, complicated by diabetes, obesity, gout, prostate problems, and whatever other trouble years of poor diet, little exercise, long work hours, and minimal health care will get you. That he held out until age seventy is a little medical miracle and not much credit to the VA, which can’t keep track of his records.

You keep track of his records.

He’s propped up in pajamas on rough white sheets, working for each breath. You swab his mouth as it hangs open, showing discolored and misplaced teeth he never could afford to fix. His skin is mottled both from age and the cystic acne that’s plagued him all his life. An oxygen tube would help but he’s asked for no interventions, no heroics. That’s the Dad you remember, the long-suffering Marine who was proud to serve when his number came up. He finished basic at the head of his platoon. Now he takes chronic pain as another heavy pack to carry, mile after mile.

Your brother would like to be here but he’s at work on the West Coast and can’t afford time off. It’s a theme in your family, not having money for things that are important. Your parents divorced fifteen years ago when Dad lost his job as a grocery buyer and took one in another state with worse hours, conditions, and pay—managing a convenience store, a humiliation he carried in his posture, soldier straight until then. Enough, your mother said. She’d followed him on a trail of nowhere cities and inadequate employment that would end with her solitary stand in a cold, dusty Northern Plains town you couldn’t get out of fast enough.

Your dad barely opens his eyes but reaches to grasp your hand. Although you’re a grown woman and a lawyer with an urgent case file to read at midnight by his bedside, you’re still his little girl, the proof that he did something right. He didn’t drink like his dad. He didn’t hit you more than the occasional spanking. He didn’t leave. His greatest parenting accomplishments are acts of omission, but there are also affirmative acts of love. He stopped smoking when you were born. He taught you to ride your bike, drive, fish, salute, hit hard from an unexpected angle, and fight back against anyone who looked down on you.

He taught you that people will look down on you, but he didn’t mean to. He knows no other way to see the world. You’re ashamed to remember the times you’ve been ashamed of him—for his thin short sleeve dress shirts, his fast food gut, the way he picks his teeth with his pocket knife and quotes country music lyrics—because he’s always been so proud of you. He achieved what no one in his family ever had: he got a college degree. Sure, he almost flunked out, pool sharking to make ends meet where the GI Bill didn’t quite cover the needs of a family, but he graduated when neither of his parents finished eighth grade. You suspect that you have no idea how hard that really was.

“How’d you get a woman like her to marry someone like you?” a colleague asked him at a work dinner once when your mom wore her one string of fake pearls and a little black dress that made her look like Jackie O. The story hung on in the family for years, a pretty compliment to her, embedded with the kind of put-down he absorbed all his life. With his bottle-bottom glasses, bad skin, bad teeth, cheap suit, and shaggy haircut, he makes a terrible first impression, a walking sitcom punch line, and he knows it. He’s also funny and a good singer and can be kind if he isn’t provoked, but most people wouldn’t take the time to know him that well.

It took adulthood to make you wonder how he stumbled so badly when it came to solidifying his place in the middle class. For a while you thought it was his unique failings, an inability to assimilate, and surely appearance and social skills are part of the story. Then you began to look around you in towns like those you grew up in and saw that his appearance was nothing unusual. It’s the look of people who have zero disposable income to spend on themselves, especially the men, who wash their hair with a bar of soap, brush their teeth, and rush to work in whatever’s clean. It’s the outward appearance of poverty.

You know the careful visual distinctions we make in this country. “Dress like the job you want” also means “if you can’t dress and groom that way, good luck getting that job.” You’re your father’s daughter, so you grok the penalty of dressing the wrong way, but you’re also uneasy with passing as upper class no matter what your education and salary. The working class made you and at some fundamental level you’re loyal to it. The reflexive mockery of the people you come from by the people around you bites every time. And when Hannibal Lecter says to Clarice Starling, “You’re just one generation removed from poor white trash”—oh, you feel that. You know the gaze the monster turns on her. You’ve spent years avoiding it.

But in your father’s prime working years, the seventies through the nineties, larger forces were massing against Americans who grew up poor, believing in the bootstrap dream. Wages stagnated then shuffled into a decided downward trend. He got minimal raises and tiny bonuses, never grossing over $30,000 a year. There was no pension. He cashed out his IRA to put a down payment on a house after the divorce. Like tens of millions of Americans, you had no dental coverage growing up and learned to brush and floss compulsively while your dad paid for his root canal out of his own pocket.

You have dental insurance now.

In many ways you’re exceptional among not just your family but your generation. You’ve risen above your origins while others, including family members, have fallen back even from their own highest social standing. The single-wide trailer house you moved your dad out of when his health failed was an anchor and an oracle. It said, “Don’t get too high and mighty. You could wind up here too.” Yet even as he experienced the setbacks that have turned many white men bitter and angry—and there was bitterness and anger enough—your dad hasn’t turned against his class. He’s a yellow dog Democrat who’s voted and argued all his life for the honor and rights of the working man, the laborer, the veteran against forces that would crush them.

And now he’s dying. You should have done better for him, found other doctors, spent more time, but you were working long hours at the firm. You have a child of your own. You had so little to give after all he gave you, and that’s the way of your family, too—never enough to go around. Never enough self-esteem or social capital, never enough sanity or sobriety, never enough love, because even though you were loved, the greeting card trope is true: to love someone else, you have to love yourself first. Your dad loved you as best he could, but his real gift was the sense of inadequacy that drives you.

He won’t let go of your hand. He’s waited for this night, you realize, when you’d be here and he could die holding his little girl’s hand, accompanied into the unknown. He doesn’t want to die alone, so you stay as hours pass, testimony blurs before your eyes, and the hard chair hurts your back and legs. His breaths rasp. If you look up you can follow each one, the inflation of blue-veined, hollowed cheeks, the rise of gown and blanket, parched lips you moisten with a sponge on a lollipop stick.

There’s a little gasp, and then silence. He’s not hooked up to machines so you have to stand over him to be sure that no breath or heartbeat stirs him. His eyes opened at the end, facing death with a brave heart, you imagine. You put your hand on his eyelids like they do in police dramas and shut them. You kiss his cheek and say, “Goodbye, Daddy.”