After loss, it’s a different path to ‘the new normal’ for those with depression 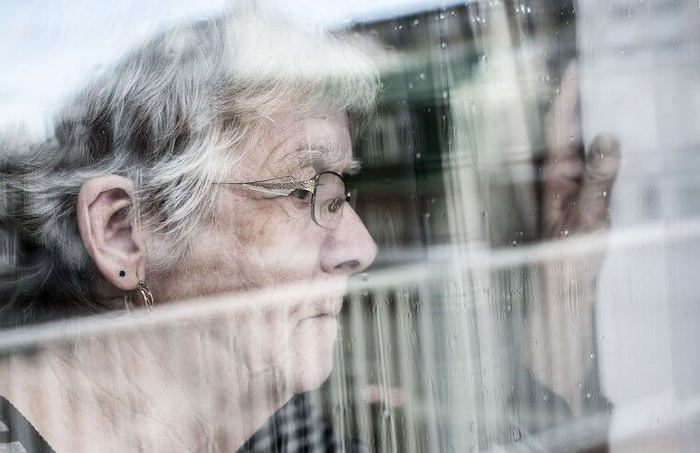 “Thank you for the intervention. Friends and family came to be with me. I agreed to be admitted to hospital. Am waiting for a bed. I had a horrible breakdown. I am sorry for worrying you.”

This was my message posted on Facebook to friends on October 19, 2014. It was over a year since my husband, Bob, passed away. Every day since he died on June 8, 2013 was like walking through thick, muddy water with a constant fog clouding my head.
I was a willing participant in the loss and grief cycle from day one. I had no interest in the future. The past was painful, the present bleak. Every day I woke up crying, for days, weeks, months, and soon a year passed. Depression is part of the initial journey. Many people feel like they can’t survive without their loved one. The agony is enormous, but the pain starts to diminish with time.

It is natural to experience intense grief after someone close dies, but complicated grief is different.

My story was different. The depression was pervasive and continued, even escalated. I journaled the experience, intermittently, in a blog. Posting my thoughts gave me temporary relief. Then I’d go down the rabbit hole again. What I didn’t realize was that I was experiencing something more than a normal grief journey. Though not diagnosed, researching my symptoms led me to what’s known as Complicated Grief.

The Intensity of Complicated Grief

According to The Center for Complicated Grief (CG) “[it] is a form of grief that takes hold of a person’s mind and won’t let go. It is natural to experience intense grief after someone close dies, but complicated grief is different. Troubling thoughts, dysfunctional behaviors or problems regulating emotions get a foothold and stall adaptation. Complicated grief is the condition that occurs when this happens.

“People with complicated grief don’t know what’s wrong. They assume that their lives have been irreparably damaged by their loss and cannot imagine how they can ever feel better. Grief dominates their thoughts and feelings with no respite in sight.”

According to the Mayo Clinic, CG can be determined “when the intensity of grief has not decreased in the months after your loved one’s death. Some mental health professionals diagnose CG when the grieving continues to be intense, persistent and debilitating beyond 12 months … Getting the correct diagnosis is essential for appropriate treatment, so a comprehensive medical and psychological exam is often done.”

The Diagnosis That Probably Saved My Life

I had seen several therapists. They tried to help, under the assumption that I was grieving as any woman would after the death of her husband. What I didn’t tell them was that my sadness had escalated to suicide ideation.

On the evening of Saturday October 18, 2014, I posted on Facebook: “Please take care of my cats.” My cry for help wasn’t a mystery to friends who were following my downward spiral. Phone calls went out from people in several cities to friends who lived near me who came to my house, then later family. Despite my uncharacteristic reaction screaming at everyone who entered the door and yelling at them to leave, I eventually calmed down and agreed to be taken to the hospital.

I was put in a room with no windows and a security guard. Some family members came in. The doctor followed and told me the medication I’d been taking for many years to control my clinical depression wasn’t working. When that happens, ironically, it can make you more depressed.

That diagnosis rocked me to the core and probably saved my life. Every day had been torture. And now I had someone who was telling me they could help me and life could actually get better.

I agreed to be admitted to hospital and new medication was prescribed by a hospital psychiatrist. I stayed there just over a week, eventually getting day passes, then a weekend pass. After my release, I was closely monitored to ensure my medication was doing what it should have done. I started seeking other ways to help me out of the dark pit and took part in several Cognitive Behavioral Therapy (CBT) programs, or what I refer to as retraining the brain to focus on the positive.

Live in the Moment

Today, I lead what those newly grieving are told is “the new normal life” because, when our loved ones die, life as we knew it is inevitably changed forever and will never go back to what we thought was our normal life. As Buddhist monk and peace activist, Nhat Hanh, said, “It is not impermanence that makes us suffer. What makes us suffer is wanting things to be permanent when they are not.”

The new life can be good if we come to terms with our losses; remember them with loving kindness; embrace our family, friends, and new people who come into our lives and accept that nothing is ever permanent in life. The biggest lesson I learned is to truly live in the moment and enjoy each precious day as a gift.

If you, or someone you know, has been suffering with extreme grief symptoms for over a year it might be time to seek help.

Coping with Grief and Loss

While grieving a loss is an inevitable part of life, there are ways to help cope with the pain, come to terms with your grief and eventually, find a way to pick up the pieces and move on with your life. Here are some suggestions from Help Guide:

1. Acknowledge your pain.
2. Accept that grief can trigger many different and unexpected emotions.
3. Understand that your grieving process will be unique to you.
4. Seek out face-to-face support from people who care about you.
5. Support yourself emotionally by taking care of yourself physically.

Many people experience worsening depression symptoms over their final year of life, and a U.S. study suggests that women, younger adults and poor people may be especially vulnerable.

For the study, researchers examined data on 3,274 adults who participated in the nationwide Health and Retirement Study and died within one year of the assessment. All of the participants had completed mental health questionnaires and provided information on any medical issues they had as well as demographic factors like income and education levels.

Rates of depressive symptoms increased over the last year of life, particularly within the final months, the study found. By the last month of life, 59% of the participants had enough symptoms to screen positive for a diagnosis of depression, although they were not formally evaluated and diagnosed by clinicians.

“Patients with depression have worse survival outcomes than non-depressed patients, making depression a critical issue to screen for and manage in the context of serious illness,” Elissa Kozlov of the Rutgers University Institute for Health, Health Policy, and Aging Research in New Brunswick, New Jersey, and colleagues write in the Journal of the American Geriatrics Society.

And, “psychological symptoms, such as depression, have a negative impact on patients’ quality of life as they near the end of life,” Kozlov and colleagues write.

Researchers had asked participants whether they experienced eight things over the previous week: depression, sadness, restless sleep, unhappiness, feeling like everything takes effort, lack of motivation and loneliness. People with at least three symptoms might screen positive for depression, the study team writes.

Across the entire Health and Retirement Study population, including people who didn’t die within a year of their most recent assessments, about 23% of participants have at least three of these symptoms, the researchers also note.

In the current analysis, depression scores remained relatively stable from 12 to four months prior to death, then steadily increased. With four months to live, 42% of participants had at least three symptoms of depression, and with one month remaining, 59% did.

One year before death, women had higher depression symptom scores, with almost three symptoms on average compared to about two for men. With one month to live, both men and women had three or more symptoms and there was no longer a meaningful difference between the sexes.

Differences in depression scores based on age and income were also more pronounced one year before death, and became less pronounced closer to death, the study found.

However, the youngest and poorest participants had the highest depression scores at all points in time.

And, one month before death, people without a high school education had the highest depression scores of all, averaging almost five symptoms.

The study wasn’t designed to prove whether or how terminal illness might impact mental health, or the reverse.

Even so, the results underscore the importance of screening for mental health problems and treating conditions like depression in the final months of life, the researchers conclude.

“Given the range of options to treat depression, unaddressed depressive symptoms in the last year of life must be a focus of both quality measurement and improvement,” the study authors write. “While depressive symptoms at the end of life are common, they are treatable and must be proactively addressed to reduce distress and ensure that everyone has the opportunity to experience a ‘good death,’ free of depressive symptoms.”