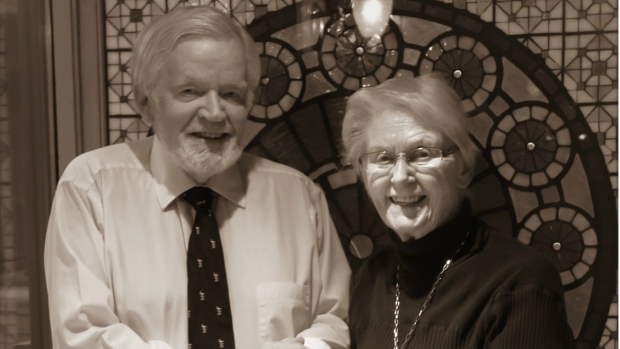 A B.C. woman experiencing the early stages of dementia has killed herself and left behind an open letter advocating for assisted suicide.

Gillian Bennett, 83, said she didn’t want to lose her “self” to dementia and leave behind an “empty husk” in a letter posted to her blog on Monday, shortly before she ended her life. “I will take my life today around noon,” she wrote. “It is time. Dementia is taking its toll and I have nearly lost myself. I have nearly lost me.”

Bennett was diagnosed with dementia three years ago. Her blog post says she opted to end her life now, before she lost her ability to act, because she could feel the disease quickly eroding her mind. “Ever so gradually at first, much faster now, I am turning into a vegetable,” Bennett wrote.

She reportedly died at about 11:30 a.m. on Monday after ingesting a lethal drug. She spent her last moments laying on a foam mattress outside her Bowen Island home, with her husband at her side.

“I just sat there and held her hand,” her husband Jonathan Bennett told CTV Vancouver.

Gillian Bennett said she wanted her death to spur the conversation around assisted suicide. “We do NOT talk much about how we die,” she said. “Yet facing death is thoroughly interesting and absorbing and challenging.”

Bennett pointed to law, religion and medicine as three institutions that need to change their approaches to assisted suicide. “My hope is that these institutions will continue to transform themselves, and that the medical profession will mandate, through sensitive and appropriate protocols, the administration of a lethal dose to end the suffering of a terminally ill patient, in accordance with her Living Will,” she wrote.

Bennett said everyone by the age of 50 should have a living will that says how and under what circumstances they would like to die. “Legally, everyone should have an obligation to make a Will, which would be stored electronically, could not be destroyed, and would be available automatically to any hospital in the world,” she wrote. “I do not have all the answers, but I do think I’m raising questions that need to be raised,” she added.

In her blog post, Bennett said she didn’t want to leave behind a “living carcass” that would be a financial burden on the Canadian healthcare system, and a chore for her loved ones.

Bennett claimed that rising life expectancy and an aging population make the elderly a growing burden on society – a burden to which she does not want to contribute. “All I lose is an indefinite number of years of being a vegetable in a hospital setting, eating up the country’s money but not having the faintest idea of who I am,” she wrote.

Bennett’s husband and family were aware of her decision ahead of time, she said. “In our family it is recognized that any adult has the right to make her own decision,” Bennett said. Her husband did not help her with the suicide but was present when she died, according to the blog post.

Bennett’s son and daughter spent the weekend visiting with her before she died.

“She was just at complete peace,” said her son, Guy. “My mom knew her window was closing. She knew that it was approaching the time when she could just wake up one morning and not remember her plan.”

“I think of dying as a final adventure with a predictably abrupt end,” Gillian Bennett said. “I know when it’s time to leave and I do not find it scary.”

A Tasmanian exhibition of wearable paper art is exploring society’s unwillingness to talk about death.

Tasmanian artists are hoping to provoke important conversations about the end-of-life stage in an exhibition initiated by the palliative care sector. 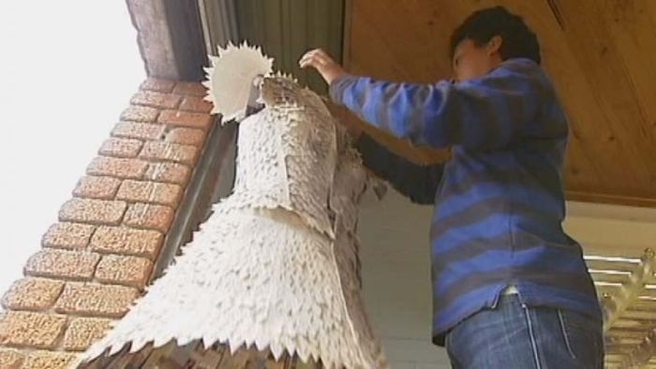 “(I am) making a garment out of paper for a dead body,” he said.

His piece, called Eulogy, is being crafted from the heartfelt messages of Tasmanians who have lost loved ones.

“Some of them were writing letters as if the person were still living,” he said.

“Some of them are confessions.”

It is part of an exhibition to get underway in December called Paper Garments for the Grave.

Jenny Fuller from the Tasmanian Association for Hospice and Palliative Care hopes it provokes important conversations.

“(We’re) trying to get the community talking more comfortably about death and dying and end-of-life decision making,’ she said.

The exhibition starts in Burnie and will tour the state next year. 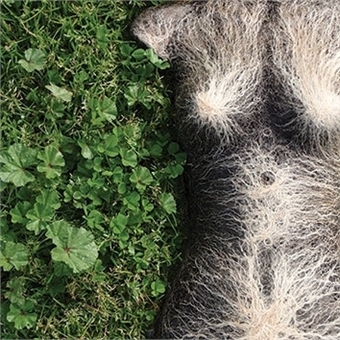 It was inspired by Melbourne designer Pia Interlandi, who helps people make real clothes for their own burials.

“Part of what I do is a ritual, and a moment that is deeply entwined in their lives. I feel really nervous,” she said.

Curator Kitty Taylor said the use of paper as a material had great significance.

“Paper is fragile, as is life, and we just really like those connections,” she said.

“And processes that we can do to paper to strengthen them, there’s a really nice analogy in that about life as well.

“Some are actually making their own garments, so as you can imagine that’d be quite an emotional experience.”

For more information about the exhibit visit the Burnie Arts & Function Centre, visit their website HERE!

Holy cow!  The day nearly got away from me.  But, as I always say, better late than never. 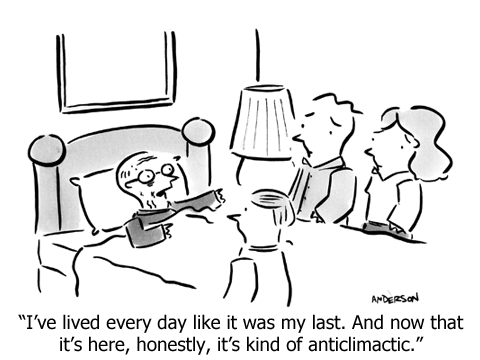 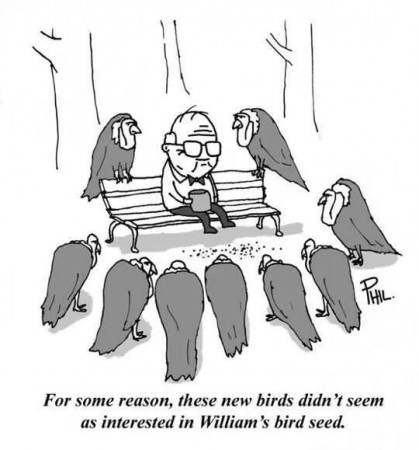 For Umina retirees Anthea Paterson and Clive Salzer, life has never been better since facing up to death.

The couple, who call themselves “death fans” say they had a life-changing experience after attending an end-of-life course.

“Both our mothers are 94 and approaching death, so we went along to an end of life course to try and prepare ourselves for what is to come,” Mr Salzer said.

“While it was very emotional, the experience has changed our outlook on life and death completely.”

The pair are now part of the Central Coast End of Life Collective, which is associated with the Groundswell Project – the group behind Dying to Know Day.

“This is a national day of action challenging the taboo of death and bringing to life conversations around death, dying and bereavement,” Central Coast organiser Gypsy Artemis said. Making a will is an important part in dealing with the inevitability of death.

“To me, Dying to Know Day is about saying things you may wish you’d never left unsaid.”

Ms Artemis, formerly known as Kim Ryder, said her fascination with “society’s last taboo” was sparked after a near-death experience in 1997.

“This changed my outlook on life forever and then my mum was diagnosed with terminal cancer and died in 2008. This was my first first-hand experience with death and I started thinking about how we, as a society, don’t deal with death very well.”

For Mrs Paterson, talking about death has helped her deal with grief associated with the death of her father.

“It’s not a morbid thing, this is about exploring death to enhance life,” she said.

ORGANISE YOUR OWN FUNERAL

Find out information about how to organise your own funeral, alternatives to cremation, how to make a will and advanced care plan at Dying to Know events next week. For details visit www.dyingtoknowday.org.